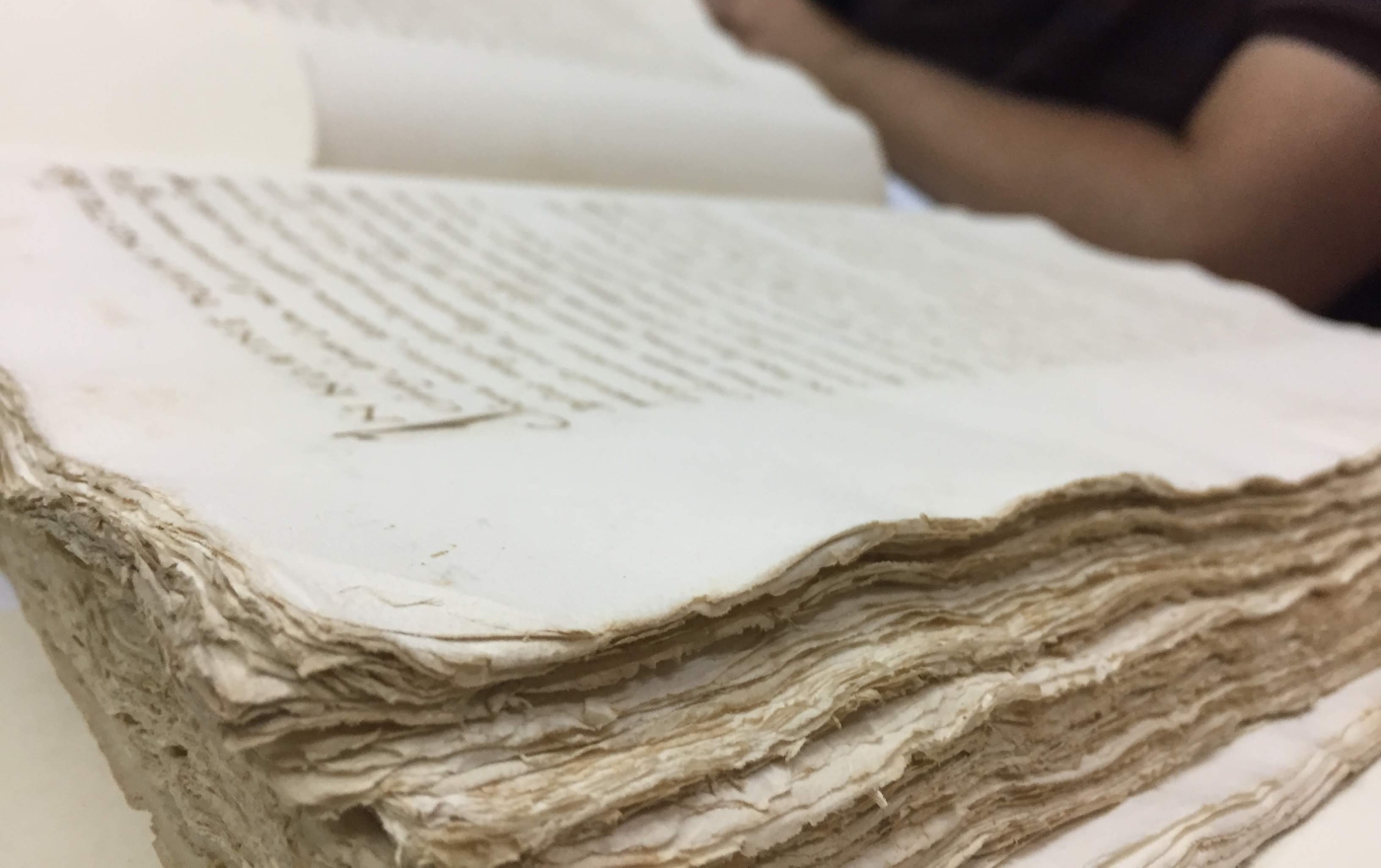 Some time ago, with other members of Compagnia San Michele, I had the pleasant opportunity to visit the Notarial Archives and be able to read through a small selection of original manuscripts being preserved there.

As historical interpreters we have to rely on original sources to properly represent the historical period we interpret, and documents from the relevant period, like those found at the Notarial Archives, provide us with an interesting insight in the daily lives of the Maltese throughout the ages.

The difficulties in using such a source are various: firstly, the calligraphy isn’t always very clear to read; and secondly, the language – most of the documents are written in Latin, or at times with archaic Maltese and Italian. A lot of time and patience is required when consulting such documents but once the information is deciphered, the outcome is very rewarding. The details and information that one derives from these documents is priceless.

Contracts present in the Notarial Archives vary from dowry contracts to inventories, contracts of apprenticeship or of works, of sale or property or goods, donations, debts and lease of property among others. Amazingly, we also have contracts where individuals were forming partnerships to perform a particular activity like the case of societas vacca (cows) or other partnerships in respect of other animals like donkeys, mules or bees, where prospective partners jointly exploit their livestock, as well as partnerships to play music during weddings  (Fiorini, 2005). It is fascinating that in the 15th century people were organising themselves and regulating their dealings as partners.

As a lawyer by profession, seeing original contracts dating back to the 17th century and even before was fascinating. Someone with my background cannot but appreciate the similarities that still exist between those contracts and the ones being executed today. The format of contracts in fact has not changed much since the 13th century – one finds the details of the parties, followed by the subject matter of the contract including the price and payment terms and ends up with the parties exchanging promises. In fact, wording became so standardised that in a number of contracts we noticed that the notaries (or the scribes copying the manuscript) used “etc.” rather than inserting the standard wording. We need to keep in mind that back then there was no facility to cut and paste and everything was hand-written, so it is very much understandable.

One of the contracts which fascinated me most was a contract entered in the 17th century between Andrea Vanier, a Frenchman living in Birgu, and Constantinos de Cardia, a Greek man married in Bormla in the volumes of Notary Salvatore Ciantar, who was active in Birgu between 1594 and 1657. What was fascinating about this contract were two things:

Another contract which I had the opportunity to read was an inventory prepared in December 1603 by Notary Ciantar listing the property owned by Vincentius Tonna of Valletta, following his death earlier that year. Most probably the list was prepared in view of the division of property following his passing. The list is interesting since Tonna was a businessman living in Valletta who owned a drapery. As a result, the list included an extensive description of the items for sale he had in his shop including their price as well as a list of debtors.

The description provided the origin of the items, like “cordellato di Napoli” (cordellato – stripped) or “sargetta della Costa” (sargetta – cloth of wool of bright colours; della Costa, difficult to say which coast he was referring to). Other mentioned places are Spain, Messina, the Netherlands (referred to as Olanda), France, Alexandria and Cologne. The items included canvas, ribbons, wool, linen, silk, velvet, sangallo and tablecloths, as well as hats (cappelli di colori di Napoli), and felts. Furthermore, the description included even the specific colours – from green to turquoise, from white to black, and even yellow.

This information gives us a good understanding of what was being sold, the locations with which the Maltese were trading and the most common materials and colours. The inventory continues listing also some furniture found in the shop, like chairs, flasks of wine, plates from Naples, as well as a painting of our Lady.

The list of debtors gives also an insight into who were the debtors since the description sometimes added some additional information such as their job – like in the case of Pauluccio Cassar who is described as “soldato di Santo Giovanni” and Micheli Cogne “soldato di Santo Elmo”. The debtors were not just ordinary people as we also find a number of Knights – Fra Antonio de Vissal.

The list then goes on to list slaves and their age and a list of items found at home. Of note are items such as jewellery, (gulera, un paio di pendenti), woollen mattresses, bed sheets, various covers, a bed, “tornaletto” which is type of curtain made of a band of wood or fabric that surrounds the bed down to the ground (Il Lessico Materiale del Sicilano di Malta), carpet, cushions, tablecloths from Malta and France, facecloths, “tovaglia di testa” which literally translated means a cloth to cover one’s head, a faldetta (one interprets this to be the “ghonnella”), “gippone” which could mean jackets, rings with the Maltese seal, silver cutlery, paintings, chests, wardrobe, chandeliers, bronze mortar as well as a marble one and tables and chairs.

Being a businessman, he also had his own debts and the list of these is also provided.

The information in these documents is invaluable and one can only thank the Notarial Archives for the great job they are doing to preserve our written history.

For more information about Robert and other members click here.